It is often said that the men who brought Gilles de Rais to supposed justice had an interest in his downfall. This was financial as well as political. As Jean Benedetti, among others, has pointed out, his trial was not properly disinterested because most of his judges, in particular Jean de Malestroit, had entered into business deals with him.

Jean V, who feigned friendship with Gilles up until the moment when he handed him over to the Church and the Inquisition, had even more irons in the fire than the judges. He had long coveted the fortresses of Champtocé and Ingrandes, as had his father before him. They were of great strategic interest, being situated on the border between Brittany and France. For several years, the Duke had been buying up Gilles' properties, often through proxies because it was against feudal law for him to buy properties from his vassals. St Etienne de Mer Morte, for instance, was bought for Jean V by Geoffroi Le Ferron.

Eventually, he pulled off the deal he had been scheming for - Champtocé and Ingrandes were his, in exchange for waiving a mortgage he held on Gilles' properties, including Machecoul, in his barony the Pays de Retz.

There was a catch, however. These castles were sold with the proviso that Gilles had the option of buying them back within six years. Jean V passionately did not want this to happen. He therefore had good reason to hope that something might happen to put Gilles in a position where it was impossible for him to redeem his properties.

Most biographers discount this as a motive. After all, they argue, Gilles was virtually bankrupt: how would he ever raise the money? But this is to look at the matter through modern eyes.

Gilles was confident that he would succeed in transmuting base metals to gold, and sooner rather than later. If Jean V and Jean de Malestroit were searching for evidence that they could use to get rid of him, the first thing they would have discovered was that Gilles had dealings with alchemists. At that time, alchemy was universally credited as a science. Jean V would have felt he had good reason to fear that Gilles would recover his fortune and buy back his lands.

The question is not: why would the Duke of Brittany and the Bishop of Nantes have plotted together to destroy Gilles de Rais?  The question is: given the heady mix of political and financial motives, how could they ever have done anything else? 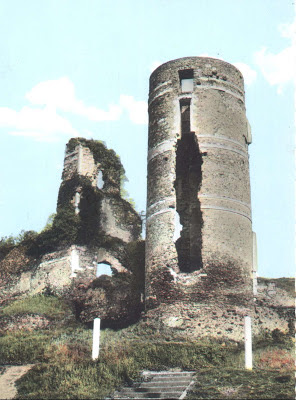