My book, The Martyrdom of Gilles de Rais is now on sale as an ebook. A paperback copy will be available soon.

This is the only revisionist biography of Gilles de Rais in English. It is comprehensive, addressing not only all the known facts of Gilles' life but the myths that surround him, not least the spurious Bluebeard connection. 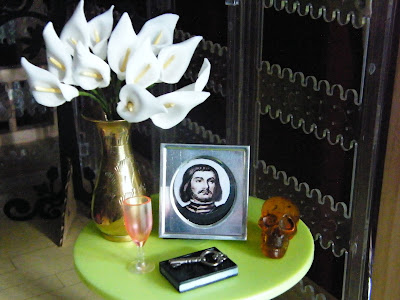 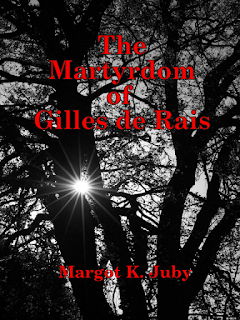 Aleister Crowley was to have begun his “forbidden” lecture on Gilles de Rais to the Oxford Poetry Society with a conundrum:  how much prior knowledge of his subject should he assume in his audience? T H Huxley, he claimed, faced with a similar problem, consulted an experienced lecturer and was told: “You must do one of two things. You may assume that they know everything, or that they know nothing.” Huxley took the second course: Crowley affected to find this appallingly rude. “I shall assume that you know everything about Gilles de Rais; and that being the case, it would evidently be impertinent for me to tell you anything about him.

I have experienced the same problem in writing this book. Most readers are likely to have read something about Gilles de Rais, some of them in considerable depth, others on websites of variable reliability. For a few, this book will be their introduction to him. How to explain a complicated life, and literary afterlife, to these latter without boring and alienating the former? I have endeavoured to tell the story as clearly as possible without stopping the action every time a new character appears. For those reading about Gilles for the first time, there is a detailed chronology in the appendices, which I hope will be of help. All the authors cited in the text are listed in the bibliography. For those who have read earlier biographies, or the trial record itself, surprises will nonetheless be in store.

This is not a conventional biography. The biographical facts are recounted, such as they are, but often given a different interpretation. All speculation has been marked as such. In some ways this is an anti-biography, firmly crossing from the record all the myths that have accrued around Gilles over centuries of fictionalisation. At the end of the book, the thoughtful reader should feel, as I do, that he or she knows less about Gilles de Rais than they did at the start.