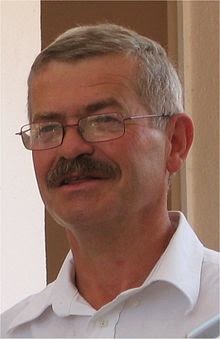 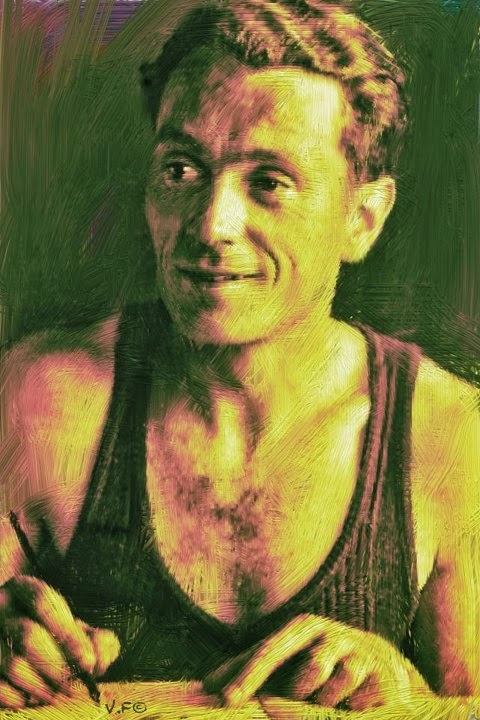 
Not everybody was delighted by Gilles de Rais ou la gueule du loup, Gilbert Prouteau's mischievous propaganda victory for the revisionists. Jean Kerhervé, a Breton and a professional historian, seems to have been genuinely shocked by the way in which the media so predictably fastened on to this outrage against historical process. Prouteau, he protested, was a novelist! And one writing to a commission, moreover, which apparently compounded the felony, although Prouteau makes it plain that he went beyond his brief and that the tourist authorities had not intended to open this particular can of worms.

Having sketched out a brief introduction to Gilles de Rais, in which he admits that Jean V behaved reprehensibly and offers more than a little justification for the revisionist position - Quoi qu'on en pense, on ne saurait donc dissumuler que le dossier d'accusation est chargé dans le double proces de 1440 et que Gilles, désargenté et privé de l'appui du roi, ait donné des armes pour le perdre à ceux qui avait intérêt à le voir disparaître – Kerhervé goes on to pick at historical errors in La Gueule du Loup. The most damaging of these is that he casts doubt on Prouteau's claim that Pierre de l'Hôpital signed every page of the trial transcript except the ones bearing Gilles' confession. Even this is only a minor problem, however, since l'Hôpital's ambivalence towards Gilles is transparent. Kerhervé does not, surprisingly, mention Prouteau's startling allegation that Gilles was an alcoholic and that Malestroit used this weakness to force him into confessing. This is pure speculation and anybody with a serious interest in Gilles de Rais would realise that it is unsupported by even a scrap of evidence.

The truth is that Prouteau was writing a novel, not a biography. Why would he do anything else? He was a novelist. He does not conceal the fact, from the fantasy childhood (shamelessly stolen from Jacques Bressler's Gilles de Rais ou la passion de défi) to Gilles' journal apocryphe. Kerhervé complains that Prouteau has Gilles born at Machecoul and damaged by the remarriage of his widowed mother, whereas modern scholarship has him born at Champtocé and his mother predeceasing her husband. Both these misapprehensions come direct from Bossard; the good abbot was no historian. Very few of Gilles' biographers are: apparently this only becomes a problem when they fail to follow the official line. I feel sure that Prouteau's intentions in printing the Bossardian legend were not innocent; he began by giving his employers exactly the book they wanted, which would chime perfectly with their plans for a Gilles de Rais tourist trail, and then undermined it by giving it an abrupt revisionist slant.

Kerhervé is perfectly correct when he asserts that, as a piece of original research into history, Prouteau's book is worthless. But then, Prouteau hardly pretends otherwise: his revisionist argument consists, for the most part, in rehashing the claims of Fleuret/Hernandez and Reinach. It is a magpie's nest of a book, crammed full of stolen trinkets, and it seems more than a little odd that  his antagonist fails to remark on this. What is valuable about it is that it was a splendid provocation and coup de théâtre, capturing the attention of the media world far beyond France and making front page news in the UK Guardian, for example. He flung a gauntlet and started a discussion, even in that pre-internet world of 1992. It is no longer possible to ignore the pressing questions concerning Gilles' guilt or innocence. For that, we owe Gilbert Prouteau a debt of gratitude.

It is notable that in quite a lengthy peroration, Kerhervé does not once address the issue of how compelling the evidence against Gilles was and whether or not confessions were extracted under torture, matters which are more significant than the date of Montezuma's death or a few misspelled Breton town names. He accuses Prouteau of cherry-picking the trial record for passages that support him, failing to note the irony that all Gilles' biographers have done exactly the same. He wilfully pretends that Prouteau misunderstood Jean V's politique de bascule; he did not, he merely emphasised the role of Malestroit, who was an Anglophile all his life and constantly sought to influence his cousin, the Duke. Anyway, Jean V signed an important treaty with the English on 13th October 1440, a strong indication of which way the pendulum was swinging while Gilles was on trial for his life. Matters of guilt and innocence do not greatly concern M. Kerhervé. It is sufficient, in his mind, merely to destroy the credibility of this pesky revisionist without making the case for accepting the verdict of 1440. And this speaks volumes about him.