The English reader, exasperated by the poor biographies available in their own language, might imagine that Gilles de Rais is better served by French writers. Sadly, this is far from the case.

1 Eugène Bossard  The Abbé Bossard was Gilles' first real biographer - previous writers had more or less fictionalised him. Bossard did not entirely reverse this trend. His biography is often called authoritative or comprehensive; it is certainly long. One tends to imagine the abbot as an elderly, bearded man bringing  the knowledge garnered in a long life to bear on his subject. In fact, the book began life as a thesis, written over six years by a relatively young man - he was in his early thirties when it was published. As a thesis, it had to make a new, striking, possibly contentious point, hence the connection between Gilles de Rais and Bluebeard, which had never been mooted before and which Bossard invented single-handed. This is a major flaw in the book. Other weaknesses are the virtual canonisation of the Bishop of Nantes, the mealy-mouthed refusal to print the more lurid accusations even in the original Latin and a certain lack of academic rigour in accepting the lively account by the Bibliophile Jacob to add colour to the dry court proceedings, although it is self evidently a forgery. Gilbert Prouteau rightly regarded Bossard as a myth-monger and fabulist, but his tome did at least revive interest in Gilles. 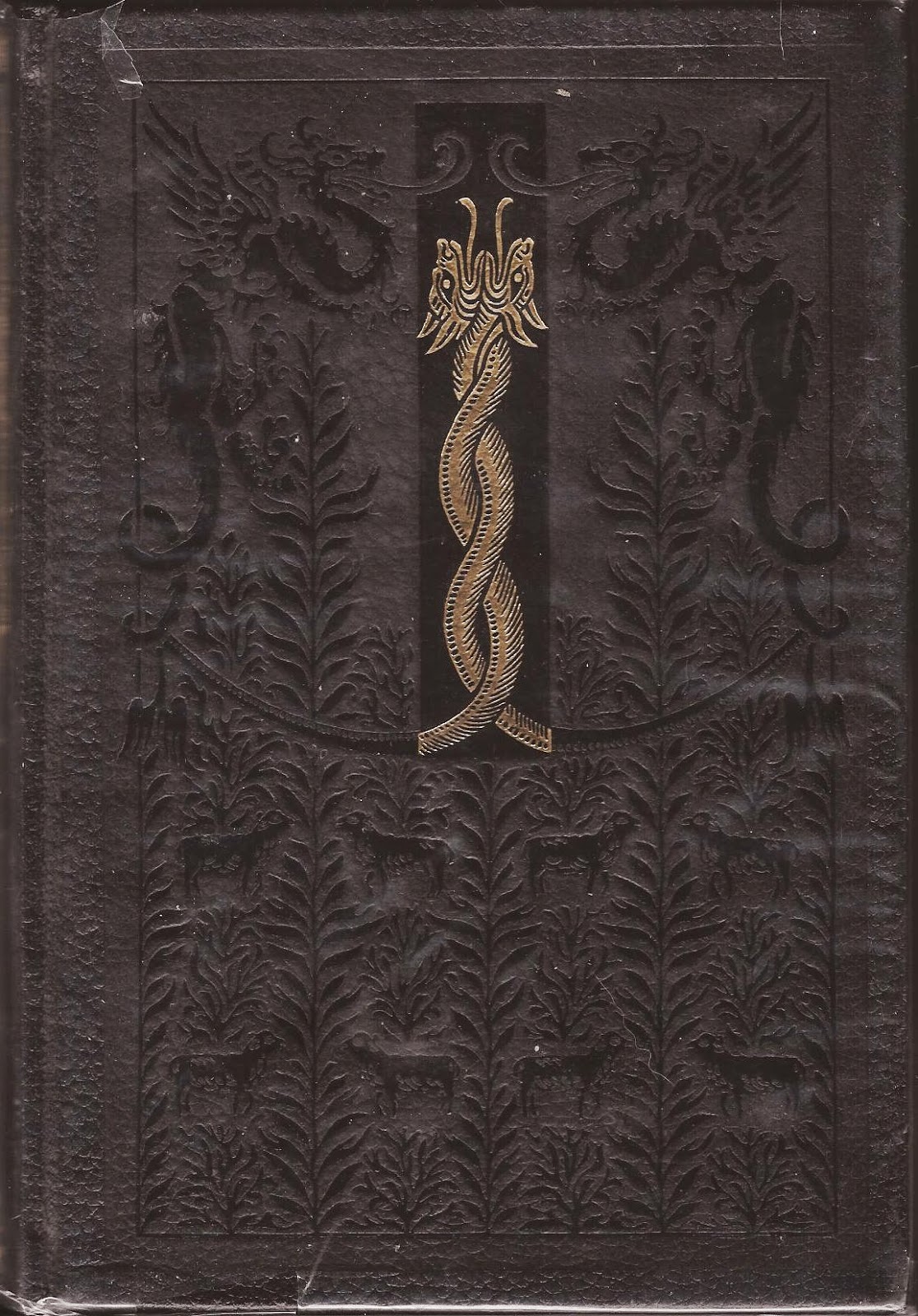 2 Georges Bataille  Pauvert should be applauded for publishing Klossowski's modern French language translation of the trial record and for keeping it in print. It is truly invaluable as the only translation of the mostly Latin original manuscripts without any obvious bias or agenda. The chronology, too, is extremely helpful. Bataille's introductory essay, however, is a disaster; a chaotic, rambling piece of anti-revisionist propaganda, at times aspiring to the state of utter meaninglessness. Discerning scholars will read the trial record and the chronology only. 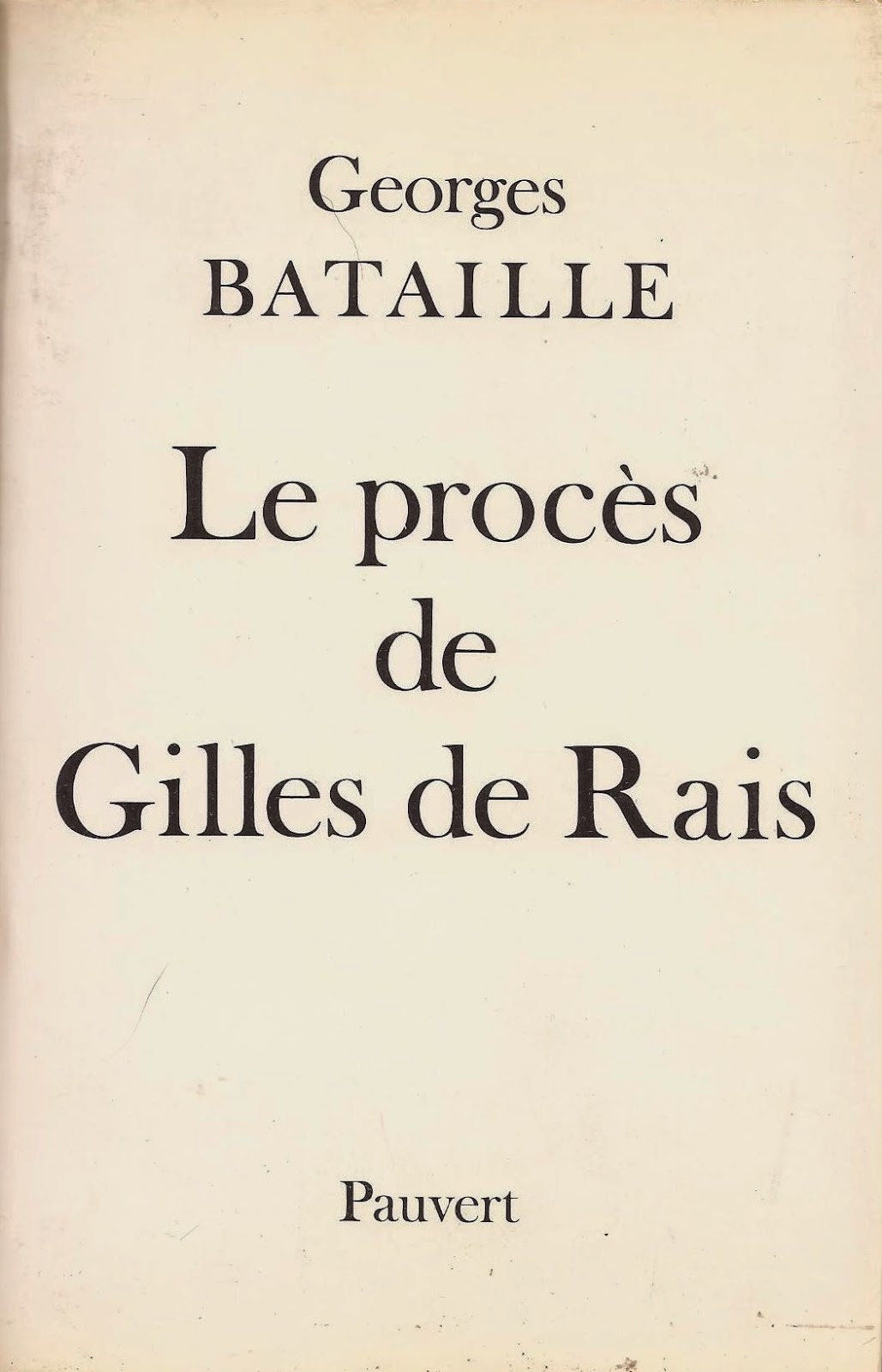 3 Gilbert Prouteau, LudovicoHernandez/Fernand Fleuret, Jean-Pierre Bayard  Of the revisionist biographies, Prouteau's is by far the most influential - I have reviewed it in full here. However, he drew heavily on his predecessors for his best-selling book. "Dr Ludovico Hernandez", the pseudonym of Fernand Fleuret, is witty and urbane and an entertaining read. His book was written in 1921, part of an astonishing wave of affection for Gilles that culminated in an attempt to have him canonised.  It consists of a long essay and a full translation of the trial, the first to include the passages Bossard censored. Bayard's
biography was written in 1985, although reissued in 1992, and it seems a pity that his considered work was overshadowed by the somewhat less substantial opus of the great showman Prouteau. Any of these books is worth reading as an insight into the revisionist argument: as we have seen, nothing similar is available in English. However, I do feel that they only scratch at the surface of the case for Gilles' innocence. If this blog is less regular than it might be, that is because there is a book to be written... 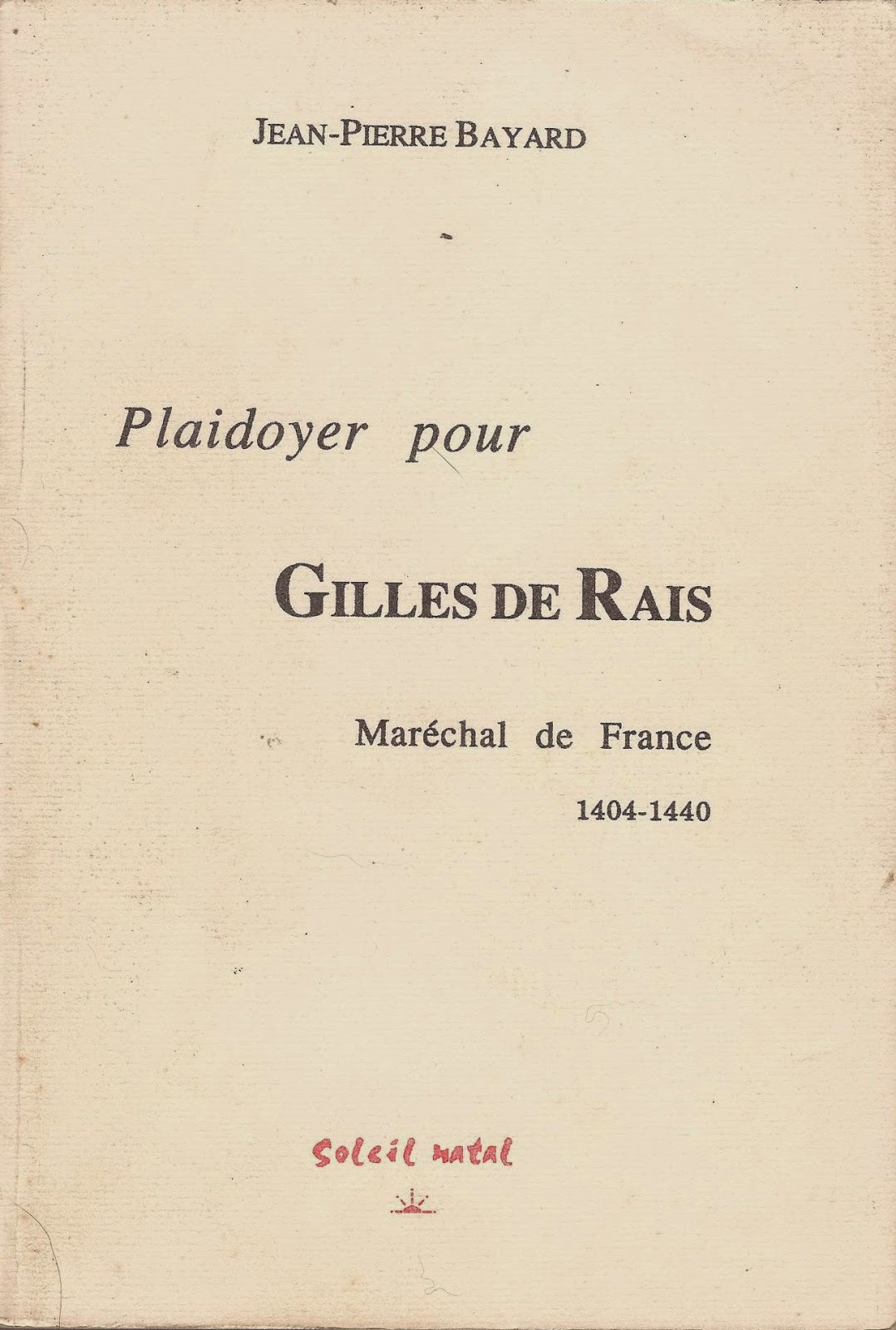 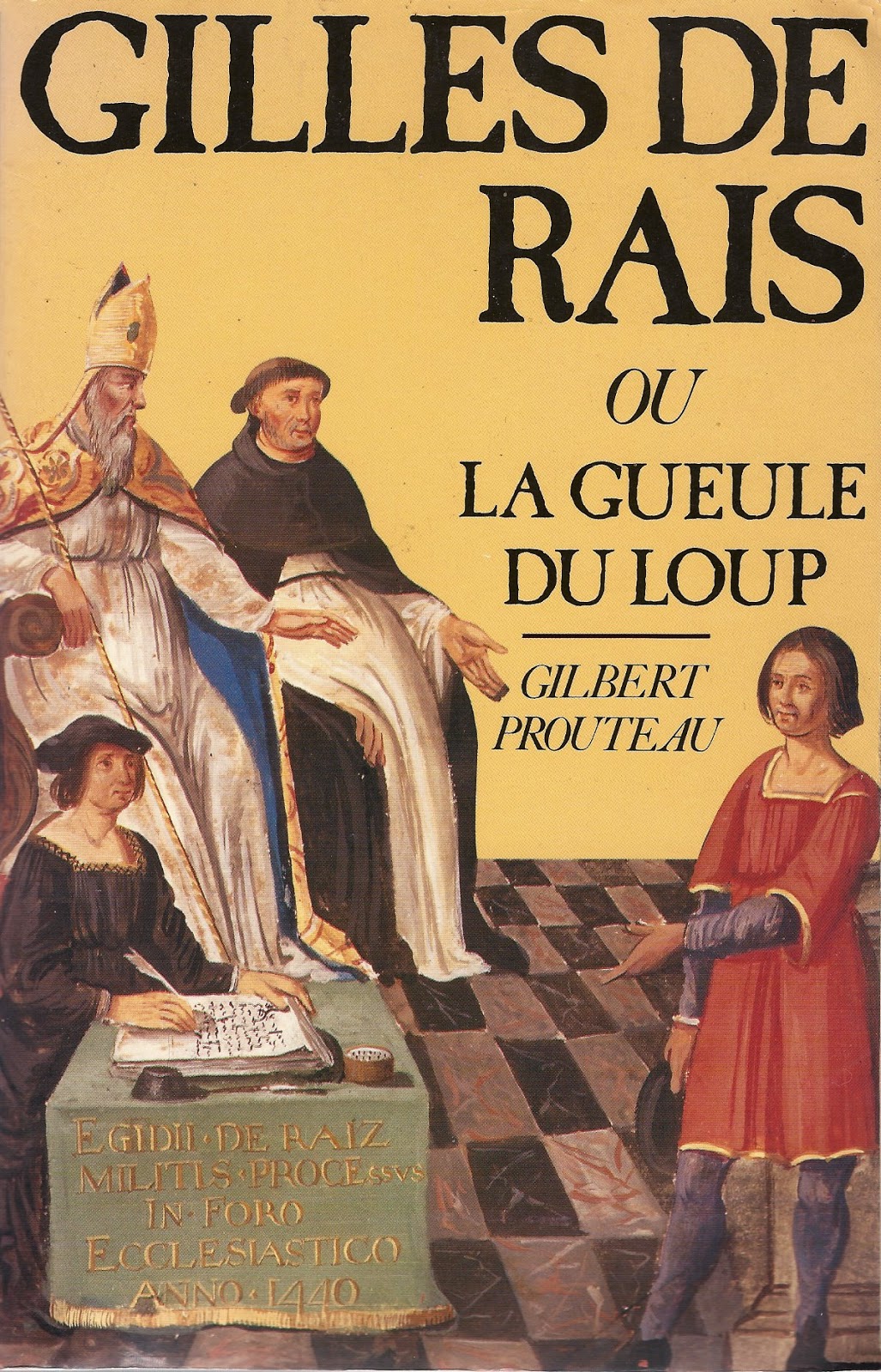 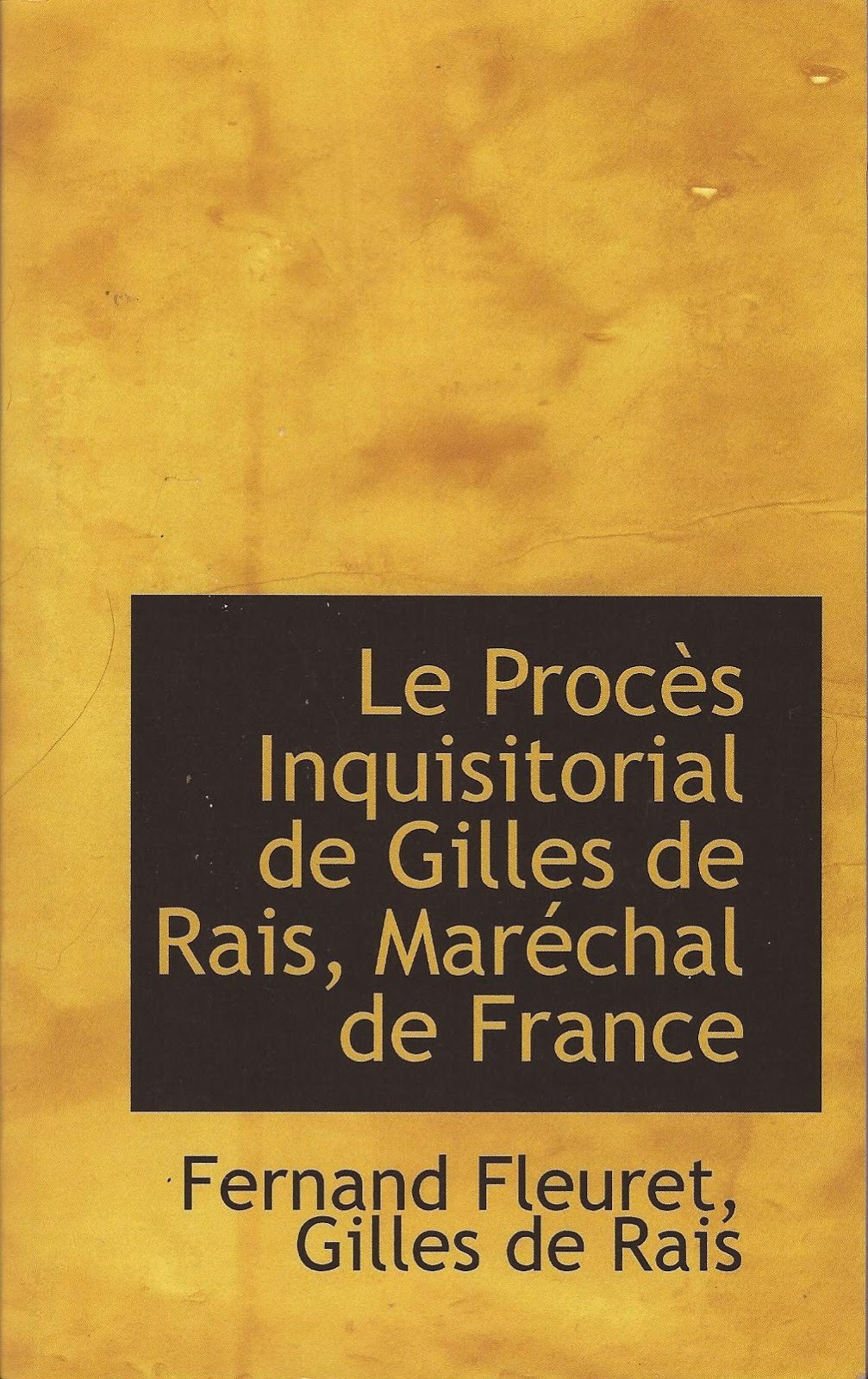 4 Paul Lacroix, "The Bibliophile Jacob"  True obsessives might like to look up the Bibliophile for entertainment value. Again, I have dealt with him in more detail elsewhere. His colourful elaboration on the trial is well worth reading, if only for the light it sheds on the origin of so many of the myths that cling to Gilles. Lacroix was, for instance, the first to describe him as having a blue beard, hence the attraction for Bossard. Since so many writers who should know better cite the Bibliophile as a legitimate source, it is helpful to read him at first hand and see exactly why he really is nothing of the kind.

[Several of these books are out of copyright, so links will lead to FREE e-books. Jean-Pierre Bayard is sadly out of print and may be difficult to find, but secondhand copies are usually available.]

Posted by morbid morag at 01:00 No comments: