Style and crime, by Quentin Crisp

Quentin Crisp's take on Gilles de Rais was about as un-revisionist as it is possible to get. It does, however, illustrate beautifully the pitfalls of taking your "facts" from Bossard, Huysmans and other myth-mongers. And it is witty and politically incorrect and seems to be unavailable anywhere else on the internet, so it is valuable in itself. It is regrettable that there seems to be no video of Mr Crisp delivering this monologue and that posterity will be deprived of the melodramatic climax of that final pseudo-quote. 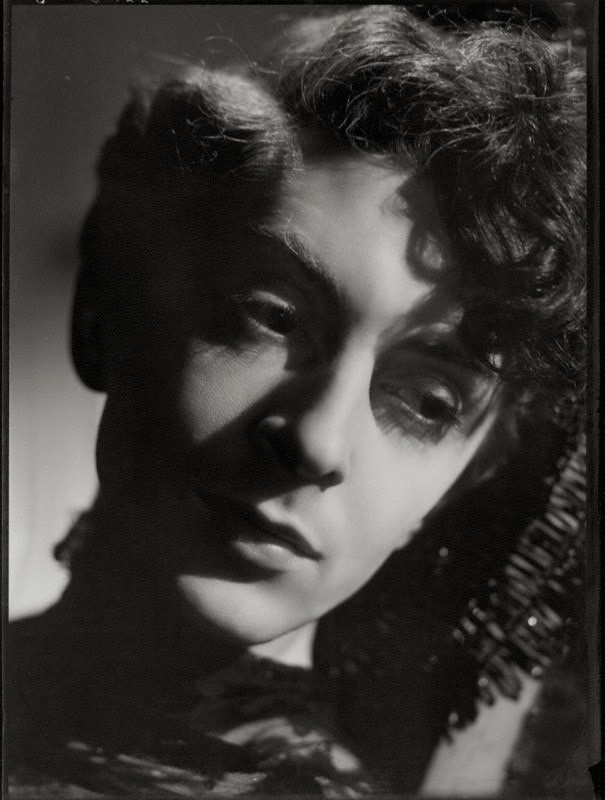 The divine Quentin Crisp in 1941, by Angus McBean

In modern life a stylist does not even need virtue. It is no longer necessary to be an object of public veneration or even affection. He can be the focus of contempt or even downright hatred. Illustrations of this abound. As a test of whether you're in touch with somebody, being loved can never be a patch on being murdered. That's when somebody really has risked his life for you. If you have chosen depravity as the fluid in which you will suspend your monstrous ego, then you have the most wonderful examples before you — or rather behind you, because most of the ones we can best identify are in history.

M. Gilles de Rais murdered at least a hundred and forty boys in a lifetime. Numbers are not style, but it's difficult not to be impressed. He was a nobleman, and the projection of his life-style was made easy for him by the fact that, while he was rich and owned more than one castle, most people in France were so poor that whole families of peasants left their homes to wander about the countryside in search of food much as, according to Comrade Boris Pasternak, the Russian bourgeoisie did during the early days of the Revolution. M. de Rais caused it to be known that he was not only wealthy but also an extremely religious man who maintained a large boys’ choir in his castle in Tiffauges. This was a way of luring into his grasp victims of the age that suited his tastes. When the boys arrived, hoping to become part of the choir, he murdered them and ravished them while they were dying or, if they died too quickly, when they were dead.

I expect that rape and murder, either separately or mixed together, fill the fantasies of most men and all stylists. They are the supreme acts of ascendancy over others; they yield the only moments when a man is certain beyond all doubt that his message has been received. Of the few who live out these dreams, some preface rape with murder so as to avoid embracing a partner who might criticize their technique.

After a while not even a pinch of exhibitionism could prevent his desire from outrunning his delight. He took to riding into the countryside and hunting down his little friends. (Here once again we see the strong connection between crime and sport.) In these sorties he was accompanied by a certain M. de Sillé, not so much, I feel, because he needed help as in order to have his prowess in the field admired by his peers.

When he was finally brought to trial, it was for quite another offense, but by this time rumors about his life-style had begun to spread across the land. On a journey through France he had murdered a boy while staying at an inn and this child had parents who noticed his disappearance.

If proof were needed that style engenders style, it could be found in accounts of M. de Rais’s trial. His confession was so long and so lurid that the Bishop of Nantes ordered the face of the crucifix on the wall behind him to be covered. Moreover, style was not confined to the courtroom. People came from far and wide throughout France to pray for his soul. Some of these people were the parents of the children he had murdered. If this is not style, it is at least gesture on a national scale, all brought about by one man.

At the last M. de Rais cried out, ”I am redeemable.” Into what shade is the whole of Mr. Oscar Wilde's De Profundis flung by this single sentence!

Text taken from The Wit and Wisdom of Quentin Crisp, edited and compiled by Guy Kettelhack and required reading for all.

Posted by morbid morag at 15:20 No comments: