In a grisly confirmation of the impossibility of completely destroying a human body by fire, the bones and teeth of two children, aged two and six, have been found in a home-made outdoor furnace in Spain. Temperatures in it were estimated at around 800C. Gilles de Rais was supposed to have burned multiple bodies in a large fireplace which would never have attained these temperatures.

This issue was addressed in an earlier blog post, A very strange omission.
Posted by morbid morag at 02:55 No comments:

Jean Benedetti: on the side of the angels

Jean Benedetti, author of Gilles de Rais the authentic Bluebeard (1971) died on March 27th of this year (obituary here.) This book was the first I ever read on the subject and I have a considerable soft spot for it. (Here is my review on Amazon.) It is concise and sympathetic towards its protagonist. Its only fault is that it completely omits any mention of the revisionist theories, which were in the ascendant in the early 1970s when Benedetti wrote this biography.
However, a close reading of the text shows Benedetti flirting with revisionist ideas without ever committing to them. For instance -
Jean V had sound personal reasons for refusing to ratify Charles' edict [banning the sale of Gilles' property]. He had noted Gilles' increasing dissipation and had decided to use it to his own advantage. Gilles' estates cut right across the frontier between France and Brittany, giving some of his possessions, Champtocé and Ingrandes in particular, considerable strategic importance. Even at the time when Jeanne Chabot was looking for an heir, Jean IV, the present Duke's father, had tried to get hold of them. Jean V inherited his father's ambition. By lending Gilles money, he was prepared to lead him deeper and deeper into debt, so that he could, later, present an ultimatum. It might take years but he was willing to pursue a long-term policy. There was only one difficulty from his point of view; the Dukes of Brittany were forbidden, by law, to acquire property from their subjects. This he circumvented by using proxies, and it is more than probable that many of the undistinguished merchants who bought estates from Gilles were in fact Jean's agents. At all events he took possession of La Mothe-Achard in Poitou on August 11 [1435], although officially it had been sold to Guy de la Roche-Guyon.
Later we find this -
At some date which it is difficult to determine, Jean V joined forces with Jean de Malestroit, who had been on bad terms with Gilles since the fiasco of Saint-James-de-Beuvron in 1427 [when de Malestroit was flung into prison as a traitor], and began to engineer Gilles' downfall.
The indictment is described thus: "It was, in some ways, a confused document; dates were sometimes inaccurate and the chronology of events inexact." After quoting the principle charges, Benedetti continues -
The indictment insists time and time again, in spite of all statements to the contrary, that Gilles' crimes had begun in about 1426. The reason for this may have been political. Jean de Malestroit, who was mainly responsible for drawing up the document, had always been pro-English and had opposed the Duke's frequent alliances with the French. Now, eleven years after the siege of Orléans, he found an opportunity of attrubuting Gilles' success, like Joan's, to witchcraft and the devil. Even his high honours, Marshal of France and later Lieutenant-General of Brittany, had been obtained by the same trickery. Paragraph XXIV states quite explicitly that, aided by de Sillé, he had employed wizards so that they could 'obtain money for him, reveal hidden treasure, initiate him into other magic arts, obtain honours for him and enable him to take and hold castles and towns...' Gilles would be condemned and burned just as Joan had been condemned and burned, and the legend of their success would be undermined. De Malestroit's own policies would be vindicated and proved to be in accord with divine will.
Having clearly shown that the trial was motivated by both mercenary and political reasons, Benedetti goes on to underline the machinations of the Duke and the Bishop -
There had been fifteen paragraphs out of forty-nine in the indictment establishing the court's authority, but it was suspect. The members were neither impartial, nor disinterested. Most of them had done business with Gilles, most of them would profit by his downfall.
This is the revisionist case in a nutshell. Yet at no point does Benedetti ever touch upon the arguments for Gilles' innocence. Possibly he felt that this was a discussion that had no place in his brief  account of Gilles de Rais' life.
Rest in peace, Jean Benedetti. Your book lives on and will continue to sow a small seed of doubt in anyone who reads it with an open mind. You were on the side of the angels without knowing it. 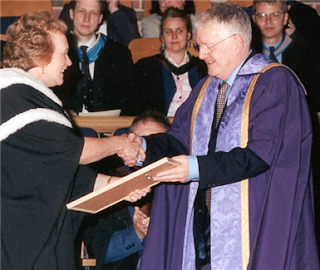 Jean Benedetti became an honorary professor at Rose Bruford College in 2001
Posted by morbid morag at 17:39 No comments:

The Elephant in the Room

On September 13th, 1440, Jean de Malestroit wrote this -
"...we listened repeatedly to the shocking complaints made by as many good and discreet synodic witnesses...as by several other credible people of probity, at the same time as by many parishioners...as well by the oft-repeated public rumor as as by the preceding denunciations, we discovered that the said nobleman, Milord Gilles de Rais, baron of the said lands in our diocese, had killed, cut the throats of, and massacred many innocent children in an inhuman fashion, and with them committed, against nature, the abominable and execrable sin of sodomy, in various fashions and with unheard-of perversions that cannot presently be expounded upon by reason of their horror, but that will be disclosed in Latin at the appropriate time and place; that he had often and repeatedly practised the dreadful invocation of demons and took care that it be practised; that he sacrificed and made offerings to these same demons, contracted with them; and wickedly perpetrated other crimes and offenses, professing doctrinal heresy against Divine Majesty, in the subversion and distortion of our faith, offering a pernicious example unto many."
(The Trial of Gilles de Rais, by Georges Bataille, translated by Richard Robinson, Amok Books)

On October 13th, the Bill of Indictment was read and, as promised, did indeed go into more detail.

The interrogations of François Prelati, Eustache Blanchet, Etienne Corillaut (Poitou), and Henriet Griart took place between the 16th and the 17th of October. At the point when Jean de Malestroit wrote his initial letter, and when the Bill of Indictment was drafted, the only evidence before him was from the "public rumour" that children had gone missing and from his own interviews with parents and other concerned parties. All that they could tell him was that children were allegedly disappearing in the area, not what had happened to them. What de Malestroit writes is inside information and we are not told where it comes from.

Most writers do not address this discrepancy; I suspect that many do not even notice it. Among the ones who do is Frances Winwar, in The Saint and the Devil, who makes the logical assumption that somebody from Gilles's household had informed on him.

It is possible that François Prelati, Eustache Blanchet or André Buchet (who is named in the Bill of Indictment and was working for Jean V when he allegedly procured a child to be murdered) voluntarily gave information because they realised that Gilles de Rais was about to be arrested and sought to save their own skins. It is equally possible that they were tortured or threatened with torture. Or bribed. Or told that they would save their lives if they made a private confession inculpating their master. It is just as likely that the accusations were pure invention.

The only thing we know for certain is that Jean de Malestroit made allegations, later confirmed by confessions under torture, which he seems to have produced out of thin air and chose not to source.
Posted by morbid morag at 15:44 No comments:

Sad to report the death of Gilbert Prouteau on August 2nd at the age of 95. Obituary, in French, here . Rest in peace, fierce warrior of the Vendée. 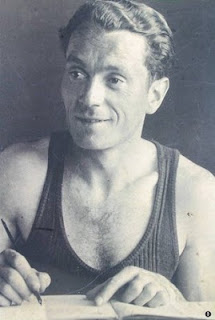 Posted by morbid morag at 16:16 No comments: